Transportation is the largest user of energy and the largest contributor to global warming from burning fossil fuels. So increasing the average fuel economy of US vehicles to 62 mpg makes lots of sense. The target isn't until 2025, and is currently no more than a proposal.


We must, and we will, keep the momentum going to make sure that all motor vehicles sold in America are realizing the best fuel economy and greenhouse gas reductions possible," Transportation Secretary Ray LaHood said.


A trade group representing the biggest auto companies, the Alliance of Automobile Manufacturers, said the proposal was based on "very preliminary and incomplete data." 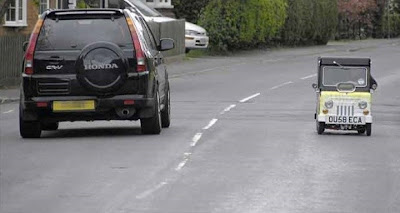