Warren Buffet says that his railroad can move a ton of freight 423 miles on one gallon of fuel. That's good, but it could be even better. 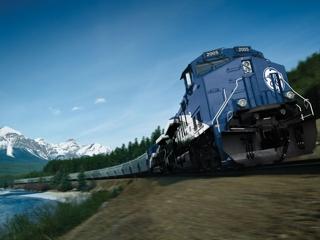 Pike [Research] estimates that by 2020, the use of hybrid locomotives will increase at a compound annual growth rate (CAGR) of 19.4 percent. At the same time, gensets will expand by 6.7 percent over the next decade.

"Hybrid locomotives will have a strong return on investment, as a result of their ability to use low-cost batteries," Pike senior analyst Dave Hurst said. "In addition, the market will receive a boost from new diesel locomotive emissions regulations scheduled to go into effect in the European Union in 2014 and in North America in 2015, which will require diesel locomotives to receive substantial changes or exhaust treatments."

“In addition, railroad infrastructure is growing rapidly in India and China, and emissions concerns will drive hybrid demand in those markets as well."