Something Disturbing in the Woods

It is the season of spooky and scary. Fear stalks the land. Frights assault us everywhere we look.

But political ads are also disgusting, obfuscating, tediously repetitive and deeply insulting to the intelligence. So, take a break from the political asshattery and tomfoolery!

Instead, choose frights that are creative, surprising and fun at The Nightmare at Beaver Lake, the premier Western Washington outdoor haunted attraction. 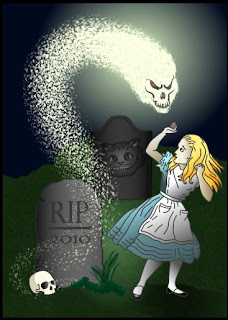 Opening night is tomorrow, Tuesday, October 19 and the show runs most nights up to and including Halloween. (It is "dark"--no show--on Sunday, October 24 and Monday, October 25.)

The first hour each night (from 7:00 to 8:00) is Family Hour, which is better lit, less scary and suitable for kids of all ages. After that, from 8:00 until closing, it's Full Frights. Be warned: the more demented actors in the Nightmare take a perverse pleasure from patrons who become scared to the point of wetting themselves. And, yes, there's at least one every year.

Parking is free. The event goes on, rain or shining.

The Nightmare at Beaver Lake is a community event staged by Scare Productions and the Rotary Club of Sammamish, and sponsored by many local businesses and organizations. Several hundred volunteers of all kinds make it happen, and planning for each year's show starts in February. Proceeds from the show benefit the community as well as selected charities locally and abroad.

Come to the Nightmare. Bring the family. Bring friends. Bring co-workers you'd like to get rid of. If you like it, ask how you can volunteer next year, and be part of the best Nightmare ever. You can also follow the Nightmare on Facebook and Twitter.


Full disclosure: I am a charter member of the Rotary Club of Sammamish and a volunteer actor. Come on out and see if you can find me in costume and grease paint. But look lively! I might find you first. 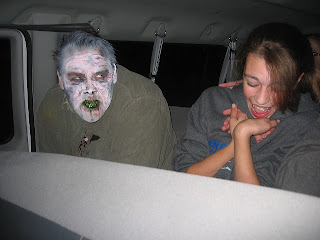 At 45 quality minutes it's one of the best entertainment values anywhere. Tickets are less during the week and more on Fridays and Saturdays to encourage more fans to come during less crowded weeknights. (The experience is often better during the week as there are fewer people and the actors can spend a little more "attention" on the patrons!) Each person who brings a can of food (benefiting Eastside Domestic Violence Program) gets $1 off their admission.
Posted by Unknown at 11:38 PM