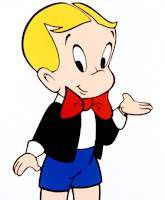 ~ A band of CEOs from some of America's largest corporations have united under the banner of Fix the Debt. They argue that the right path to fiscal sanity (and away from the so-called fiscal cliff) entails broadening the tax base and reducing tax rates.

Their argument is disingenuous. A broader tax base with lower rates all around means a tax hike on the middle class and lower taxes for rich CEOs and their companies who have already looted the system for the past decade. Not content with that subterfuge, they're shamelessly lobbying for brand new tax breaks that would benefit only themselves at the expense of everyone else:


The Fix the Debt campaign has raised $60 million and recruited more than 80 CEOs of America’s most powerful corporations to lobby for a debt deal that would reduce corporate taxes and shift costs onto the poor and elderly.

The 63 Fix the Debt companies that are publicly held stand to gain as much as $134 billion in windfalls if Congress approves one of their main proposals — a “territorial tax system.” Under this system, companies would not have to pay U.S. federal income taxes on foreign earnings when they bring the profits back to the United States.