Voting Should Not be Partisan 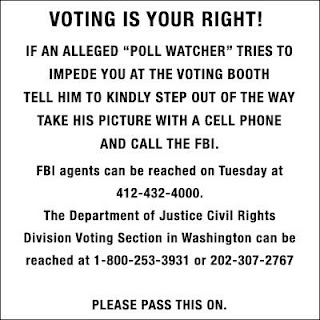 David Frum, Republican apostate, points out that virtually every other democracy has a standardized system of voting that is fast, fair, accurate, and free of partisan abuses. Not so in the US, again. In other countries:


Politicians of one party do not set voting schedules to favor their side and harm the other. Politicians do not move around voting places to gain advantages for themselves or to disadvantage their opponents. In fact, in almost no other country do politicians have any say in the administration of elections at all.

Here in Washington State, we have gone to an all-mail ballot, so we will not see the brazenly partisan shenanigans in states such as Florida that seek to make voting so painful and time-consuming that people give up trying. Nor are we likely to see the strange vote tabulations of past elections in states like Ohio or the legal jockeying Frum describes in Missouri.

If we are truly to be the exemplar of democracy we need to conduct our elections at a higher level—one where voting is fair, consistent, easy and transparent.


In every other democracy, the vote is the means by which the people choose between the competing political parties -- not one more weapon by which the parties compete.

If you haven't already (and you'd be wise if you have) get out tomorrow and vote. If you can.
Posted by Unknown at 11:38 PM

Email ThisBlogThis!Share to TwitterShare to FacebookShare to Pinterest
Labels: politics