One Stone, Many Birds 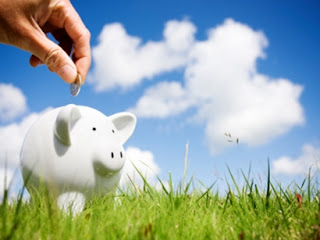 ~ We should implement a Green Bank, and we should fund it with a gas tax.

Ron Pernick at Clean Edge is the latest of many voices advocating the creation of a Green Bank to fund infrastructure and clean energy projects. It's been done in Connecticut. It's been proposed (the Clean Energy Deployment Administration) in the US Senate. However, such a measure would have to have specific funding sources or, in this political climate especially, offsetting spending reductions elsewhere. (Why this quid pro quo is not applied to endless tax cuts or certain other spending, e.g. on natural disaster response, is exasperatingly arbitrary.)

Some of the many current and pressing problems a Green Bank would address include:
Former New Mexico Senator Pete Domenici originally proposed a CEDA, and there has even been some GOP support from current Alaska Senator Lisa Murkowski:


Murkowski pointed out that CEDA would address the persistent lack of available financing. A distinct advantage, she added, is that the program would allow for more stable and consistent funding to back private lending for clean energy projects, instead of only offering one-time payments in the form of grants or tax credits.

"Despite the high initial costs of creating a Clean Energy Deployment Administration," Murkowski said, "I continue to believe that it’s a smarter, more efficient way for the federal government to promote clean energy technologies."

In the end, however, it is all about the money. It seems $10B cannot be found even for something that would have so many beneficial impacts. Raising the gas tax would be the right way to do this, but there is no political will, or courage, sadly. The US consumes 19,148,000 barrels of crude oil every day, and each barrel of oil is refined into about 19 gallons of gasoline (as well as other products.) Do the math, and that's 132,791,380,000 gallons of gasoline per year. Thus, raising $10B a year could be accomplished with a boost to the gas tax of a mere 7.53 cents per gallon. Fluctuations in gasoline prices over time make this figure lost in the noise, especially if phased in, say, 3 steps over the course of a year. The gas tax itself has not been raised since 1993, and, on an inflation-adjusted basis, has gone down 34% in that time. Here is a good time and a good reason to change that.

It's good that Obama's speech on Thursday included a call to pass the bi-partisan Kerry-Hutchison BUILD Act to create a national infrastructure bank. The benefits of this bill could hardly be clearer. Not only do we need the jobs to resuscitate the moribund economy, but such jobs are vital for long-term economic health.

Unfortunately the BUILD Act focuses on projects of at least $100M in size, probably part of the reason that the GOP and the US Chamber of Commerce could also support it--more money for big business. There remains an urgent need to fund s long-term, stable funding source for the millions of entrepreneurs toiling to craft new and better solutions, as well as creating jobs. Our government's inability to think small to accomplish something big remains an institutional blinder.
Posted by Unknown at 11:04 PM