Entrepreneurs, and What They Need 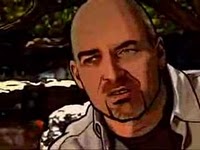 ~ Are you an entrepreneur whose nascent business is squelched by too many regulations?

I didn't think so. Regulations are just another detail that needs tending in the process of creating and building a business, sure, but I've never known any entrepreneur who refuses to even try because of them.

Until now. According to Charles Schwab:


We can spark an economic recovery by unleashing the job-creating power of business, especially small entrepreneurial businesses, which fuel economic and job growth quickly and efficiently. Indeed, it is the only way to pull ourselves out of this economic funk.

But doing so will require a consistent voice about confidence in businesses—small, large and in between... What we can do—and absolutely must—is knock down all hurdles that create disincentives for investment in business.

Schwab's point is that government is responsible for a lack of confidence on the part of investors who, fearing the government and its regulations, won't invest in businesses.

It's hard for me to overstate how silly this is.

First, large businesses are not having any difficulty finding investment dollars. In fact, they're sitting on record amounts of cash in their treasuries. They aren't investing because they already have idle capacity and there is not the consumer demand to expand.

Second, what lack of confidence that exists in lending is centered on our large financial institutions, which, true to the old joke about bankers, appear willing to lend only to those who first prove they don't need the money—those same large businesses.

Third, Schwab has a very short memory for the havoc wrought by the financial industry of which his firm is a part. Most of us on Main Street would have more confidence if we had a heck of a lot more regulation of his kind of business, not less.

Fourth, the banks simply are not lending to entrepreneurs, and it has nothing to do with regulations. No one can get loans on any kind of remotely reasonable terms. I was having dinner at a restaurant in Bellingham this evening and got to talking to the owner, and entrepreneur who opened his eatery in 1984. He decried the punishing terms for loans to small businesses like his. Why, he asked me, is he charged higher interest rates, must make a personal guarantee, and put up collateral for a loan supposedly guaranteed by the SBA? Good question.

Fifth, angel investing is strong, and good entrepreneurs with strong business plans are getting funded. Again, regulations have nothing to do with it. In fact, local investing reduces risk and creates a stronger local economy— the real solution to the problem of stimulating growth.

Finally, to the extent that regulations play a dampening role it is not that there are any (or too many.) Rather, it is the uncertainty around how big business is using its over-developed muscles to force government to keep watering them down in ways that disadvantage small business to the benefit of larger incumbents. The ceaseless caterwauling about regulations and the essential role of regulation is the source of the uncertainty, and what hesitancy is out there. Big businesses like Charles Schwab are creating the problem by their endless lobbying assault.

Talk to Chuck? No thanks. It's just the same old Wingnut Wurlitzer.
Posted by Unknown at 11:50 PM