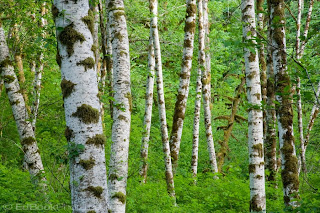 The 5-year grants, part of the Agricultural and Food Research Initiative (AFRI) from the US Department of Agriculture (USDA) are the largest ever from the USDA. USDA was surprised at the level of interest when the funding opportunity was announced. 63 groups expressed interest and 35 were selected to submit full proposals. Of those, 30 made application, and 8 finalists were invited to Washington to present their proposals. The 5 winners include the teams led by researchers from the UW and WSU, each of which received $40M in funding. Each team is a consortium of members; approximately 62.8% of the funding will go to land grant universities and 22.9% to industrial (business) partners, with rest divvied up among other universities, federal partners and one non-profit organization.

Programmatically, the 5 teams are all striving to develop sustainable biofuels, particularly for aviation, a pressing need also a focus of the Sustainable Aviation Fuels Northwest (SAFNW) initiative announced earlier this year. The teams have some research overlap in their proposals: 62% of the funding targets woody biomass and 25% perennial grasses, with the rest going towards sorghum and other feedstocks. None of the funded research seeks to repurpose food crops into biofuels.

Some challenges the teams will face in creating a sustainable biojet fuel:

Ultimately, there will likely be several plants and feedstocks selected that vary by region, but there is value in starting with some reference standard.

Hardwoods are more complicated chemically than softwoods because they have C5 sugars in addition to the C6 sugars found in softwoods, so there are more saccharification pathways. There are also fewer available yeasts for C5. Research areas of interest include identifying the carbohydrate and lignin processing pipelines by performing a high throughput feedstock analysis on the monosaccharides, the conversion of carbohydrates into isobutanol and analyzing the lignin monomers.

Impacts of harvesting woody feedstocks for lumber and pulp are well understood, but work is needed on harvesting for other uses, e.g. fuels, because of the different volumes and preferred traits. Many-fold more existing stands are on federal rather than private lands and the silviculture impacts and supply options have not been as thoroughly studied. In general, there is not a good understanding of the long-term effects of harvesting for biomass on wildlife, hydrology, forest productivity, and on environmental impacts generally. Previous simulations and extrapolations are somewhat crude; better forecasting and estimation abilities are needed.

Moisture affects the conversion process efficiency (and cost), but also has a significant impact on transportation logistics: higher moisture content means greater weight without providing any corresponding chemical conversion benefit. More moisture would affect the maximum loading of trucks as well as forest road construction. Dirt in forest residues used as feedstocks is also an issue (although not if using “purpose-grown” trees.) Cleaner material can be chipped, which is cheaper, whereas grinding is favored for dirtier or more varied feedstocks.

Similarly, pre-treatment by grinding or by chipping has different costs and throughput volumes, both of which would affect the ultimate fuel price. Coarser grinding has higher throughput: a 5” grate can produce 90 BDT per hour at a cost of about $400. On-site grinding would require additional logistics to get the trucks and equipment to the logging site, particularly roads, and might add as much as 50 cents to the cost of each gallon of produced fuel. There are some interesting innovations in truck design (sliding axles, remote steer trailers, etc.) that allow vehicles to use 12’ twisting and rough forest roads.

Cost flexibility on feedstocks could be achieved by maximizing co-product revenues, especially from lignin, which is separated from the polysaccharides during the pre-treatment process and converted to a form that enzymes can process. The value of the lignins (e.g. as polymers) will depend on how much they are degraded by the separation and conversion process.

Lignins can be used to make plastics, or thermoplastics, as have been made at the University of Minnesota. Short-term, there is commercial potential in nano-lignins as a carbon black replacement or activated carbon. Medium-term, various plastics, polymerics and styrene derivatives could be promising. Longer-term, as much as 20-30 years out an efficient catalytic conversion at high efficiency could make aromatic chemicals.

Woody biomass feedstocks can be and sometimes are kept out of the general municipal solid waste (MSW) stream since much of it comes from construction and demolition where it can be placed in a dedicated dumpster. However, this redirection is not a standard procedure. Of the approximately 16.4M tons annually of wood in the MSW only about 1.5M tons are currently recovered. How can more of this be captured for use as feedstocks? Quality and character varies a lot, as it can include everything from 2x4s and plywood to branches. Some can also be contaminated with asbestos, lead, paint, varnish, etc. which makes it unsuitable as a feedstock.

Life cycle analysis (LCA) studies are needed from landowner to fuel production but less so for the actual use of the produced fuel if the intent is to compare the impacts to those of traditional fuel sourcing and production. Some of the areas needing covering include volatile organic chemicals (VOCs), particulate matter, greenhouse gases, ozone, and water impacts. The water impacts are several, and include both the amount of water consumed in the growth and conversion of the feedstocks as well as the effects on surface water of the growing and harvesting of the feedstocks. Some of these impacts include changes in the flow, turbidity, sedimentation, erosion, nutrient loading and temperature.

Lastly, community and stakeholder outreach is needed from end to end of the supply chain: forest resource, site development, feedstock production, feedstock logistics and harvest, pre-treatment, conversion, distillation of fuel, production of co-products, and distribution to end users. It will be critical to get buy-in from local communities, and an additional challenge will come from how the specifics will likely vary by site, community and specific feedstock and process. There will need to be ample flexibility and a full range of engagement practices.

Update: Edited at the request of WSU to remove possibly confidential information.
Posted by Unknown at 10:25 PM