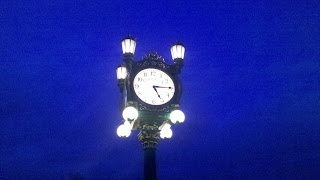 Last week's photo is a tightly cropped shot of the marquee on 45th Street of the Neptune Theater. 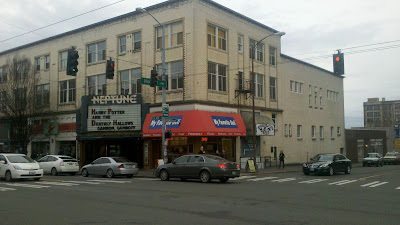 The Neptune is one of the last single-screen theaters in Seattle and is 90 years old this year. As one of Seattle's funky old theaters (including the Varsity, the Egyptian, the Seven Gables) it has an old-fashioned charm and embellishments one won't find in the modern multiplexes. Like a boat-shaped concession stand and faux stained glass as part of its overall nautical theme: 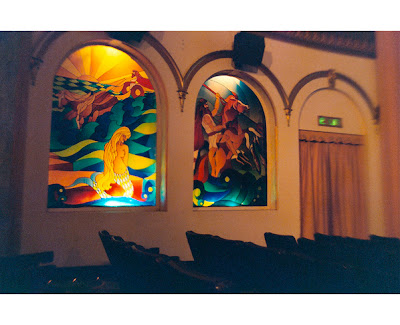 The last film I saw there was part of the internationally-renowned Seattle International Film Festival (SIFF)—my cousin John Helde's critically acclaimed full-length feature documentary Made In China. (Check it out on Netflix!)

Alas, as my Mum always used to say, "nothing good or bad lasts 100 years." It seems the Landmark Group, which bought the theater in 1981 is going to close the Neptune next month. The good news is that, after a year of renovations, including the removal of about half the seats, the Neptune will reopen as a live theater venue. I hope they keep the nautical theme.
Posted by Unknown at 4:15 PM