Government Funding for Cleantech:
Why Do It?

The Best Bang for the Taxpayer Buck 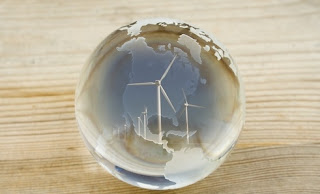 There will always be disagreement over what things government should fund. Some argue for utterly minimal spending, with no support for commercial development, corporate research and development, business tax breaks, or anything that benefits the private sector. Many, however, believe government should have a role, and differ only on its size and emphasis. So questions on funding cleantech aren't ones to consider in isolation, especially in a time of handwringing over deficits. Rather, they should be viewed as a zero-sum decision: why fund cleantech in preference to all the other (putatively worthy) alternatives? The government is going to allocate the dollars somewhere; does cleantech have more merit? Should cleantech get more funding than other areas, or less? Or should it and everything else be treated equally?

In prior years fellow entrepreneurs and I used to complain that "government shouldn't try to pick winners" when meting out tax dollars. Why the heavy emphasis on some things, like ethanol subsidies or solar project loan guarantees, when critical funding needed by innovative, promising companies in other sectors goes begging for scraps? Why the huge subsidies for dirty energy? Why the disparate treatment?

Because they can't help it--there's no way any government can be even-handed short of funding everything. And that's without even considering the politics of appropriations, where many decisions arise from placating legislators' demands for in-district largesse, or by horse-trading for votes on unrelated bills.

So for federal funding winners will be picked. But how? What criteria should guide the selection? Ignoring as much as we can the motivations arising from the venality of the political process, there are broadly only a few objectives to consider:
All of these are intertwined, and could be broken into categories in different ways. There are doubtless others I have missed (please add in the comments!) but these at least provide the rudiments of a framework in which to discuss different funding choices on the merits.

Why fund cleantech? The simple answer is that it meets all of the above criteria. What alternatives can make the same claim? Getting funding to cleantech is not and will not be easy. Today, government spending of virtually any kind is subjected to unprecedented levels of scrutiny, even attack. Some of the attacks are unfair and are motivated by partisan political calculation or by naked ideology, but others can be rebuffed by coolly assessing the costs and benefits, as well as the likelihood of the various outcomes. Looking at what has been tried already, and how well it has worked is also instructive; the policies and experiences of other countries and other governments will be the subject a future post.