What Big Oil Can Learn from the Gun Manufacturers

~ Big Oil could learn a lot about faking broad public support from the gun lobby. 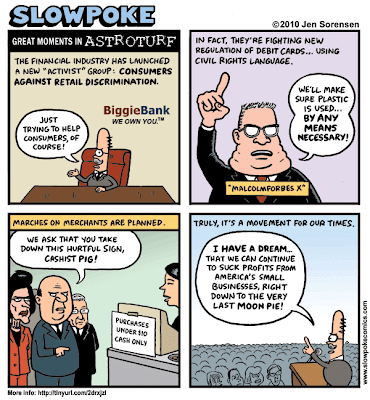 The National Rifle Association (NRA) is famed for its political clout, as well as its obstinacy: it routinely gets its legislative way, defeating any and all efforts, no matter how incremental, to protect us from gun violence.

They take a much harder line than their membership, unless you consider their so-called "corporate partner" members—gun manufacturers. The NRA best represents not its gun-owning individual members, but rather its profit-loving gun manufacturer members, a truth now glaringly obvious from the failure of Congress to respond to the latest atrocity, at Newtown, CT., notwithstanding the overwhelming public support for meaningful action.

How and when that changes, no one yet knows.

Meanwhile, the NRA continues to manage, in spite of everything, to style itself as a protector of constitutional rights and "an advocate for millions of law-abiding gun owners." This is somewhat true, but has not been the whole truth for a long time, as recent events make plain.

What is interesting is how little most of the media coverage really focuses on this piece of PR legerdemain. The NRA continues to get away with pretending that they are foremost about the interests of millions, when they are really serving the interests of a corporate few. The millions are just cover. They're astroturf—fake grassroots.

Which all sounds a lot like what Big Oil, King Coal and the rest of the Fossil Behemoths have tried for years to concoct, unsuccessfully. Much of the public sees through the astroturfing of the energy sector, but are strangely blind to that of the weapons sector. Why is that? And what would happen if Big Oil had a new, and smarter lobbying group than the American Petroleum Institute, and a craftier spokesman than Jack Gerard, who framed everything around their energy-using individual members instead of endlessly complaining about the supposed unfairness of fossil fuel company criticisms?
Posted by Unknown at 11:35 PM