Heads I Win, Tails You Lose... 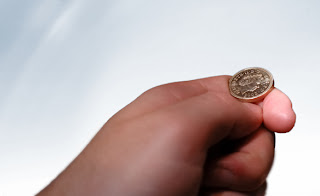 ~ When oil is cheap there is little incentive to develop and commercialize biofuels or other liquid alternatives. Especially since they largely remain generally more costly than conventional hydrocarbons.

But when the price of a barrel of oil rises, alternative energy fuels will surge, right?


Now that we’ve had years of high oil prices, what’s really taking off is oil production. High prices have stimulated investment in advanced technologies for extracting difficult-to-reach sources of oil... As a result, oil supplies are growing fast... [and] biofuels production is growing slower than expected, and for years it will continue to provide only a negligible fraction of fuel worldwide.

The accelerated development of alternative liquid fuels thus requires something other than a simplistic market incentive. Meanwhile the externalized costs continue to mount.
Posted by Unknown at 11:45 PM