Scientists are Not Immune

~ I've been formally trained as a computer scientist, and at one time made a very good living from it at a top institution. However, just because I am a "scientist" it does not mean that I am qualified to discourse on scientific subjects at large.

This does not, however, much deter some scientists from fulminating well outside their areas of expertise or qualification. Or spouting their personal beliefs from ideologically aligned platforms. Today we have been treated to another tired retread of an article in the Wall Street Journal by climate change simpleton William Happer. Along with astronaut Harrison Schmidt, he claims, again, that more atmospheric carbon is good for us because we need plants, and plants need carbon dioxide.

Much of the article can be dismissed on factual grounds with reference to what actual climate science and climate scientists can tell us. (I'm no expert—being a computer scientist does not make me a general scientific expert—and I happily defer to those who are.) Happer and Schmidt focus on the tired and discredited trope that carbon concentrations have been higher in geological time (true) but ignore the recent, and utterly unprecedented rate of change in those concentrations. Sure, life flourished, but not human life, and species that cannot adapt to a changing environment not infrequently suffer or become extinct. Evolution does not work well in short time periods of rapid environmental shift.


This is not the first time that Happer has insinuated himself as an expert. Following is a post I wrote several years ago regarding Happer, reprinted in its entirety (and slightly edited) both because it highlights his lack of relevant expertise, and because, with the imminent demise of Hydrovolts, I am uncertain how long this post might remain available. 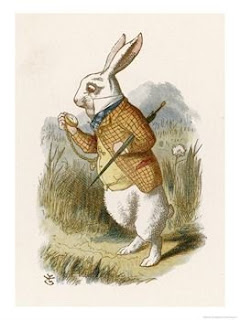 It would be so nice if something made sense for a change.

Alice could just as easily have said this listening to any of Exxon's climate change deniers, which the oil giant, despite repeated promises to stop, continues to fund. The latest? An Ivy professor claims we are suffering from a carbon "famine". You can't make this stuff up.

Dr. William Happer of Princeton University testified last Wednesday before the Senate Environment and Public Works Committee last week. He had an utterly novel take on atmospheric CO2 levels, saying that today represents a CO2 "famine" compared to levels of "80 million" years ago. Incredibly, Happer stated that higher CO2 levels would be beneficial to humankind. More CO2, a little warming--it's really all "fine". You really have to watch the video to get the full measure of his glib fatuousity:

Senator Barbara Boxer (D-CA), chair of the committee was nonplussed at the specious comparison, but had the good sense to note afterwards that Happer is chair of the George C. Marshall Institute, which receives a large part of its funding from Exxon Mobil. Exxon is well known for its greenwashing, spin and self-serving PR. It is really laughable what that funding can buy! Happer provided another weird equivalence: carbon restrictions and Prohibition:


Prohibition [of liquor] was a mistake and our country has probably still not fully recovered from the damage it did... Institutions like organized crime got their start in that era. Drastic limitations on CO2 are likely to damage our country in analogous ways.

Yes, I can see it now. Illicit gasoline using homemade refining techniques in backwoods stills. Carbon revenuers chasing them down. Speakeasies filled with furtive patrons giddy from the use of oil lamps. A black market for plastic packaging clamshells. Will organized crime be smuggling petrochemical fertilizers to the family farm? What "analogous ways" is Happer imagining?

What's really ridiculous about this pathetic attempt at fear-mongering is that carbon crime is already happening repeatedly. Happer also warns about the supposedly ruinous costs of carbon restraint, again without any evidence. The costs of not dealing with the problem, including desertification, rising sea levels, etc. are not considered. In comparison, the cost of a carbon regimen seem modest.

Happer, like many denialists, has no degree or other evident credentials in climatology; instead Happer is the Cyrus Fogg Brackett "I am not a climatologist" Professor of Physics at Princeton University. In his testimony he is literally hand-waving as he throws out wild numbers of alleged CO2 concentrations of "a thousand" and "3 or 4 times" what they are today. He states without attribution that, while there has been warming historically, it has "ceased" in "the past ten years," a fabrication at odds with the data.

His grasp of geologic time periods is equally reality-free. After derisively dismissing "propaganda" in children's books about climate change one wonders where he gets his information--perhaps a book showing cheerful cave dwellers gamboling about in a tropical idyll with their pet dinosaurs? Treehugger provides a snarky summary on what those times were really like.

Happer's prepared text [pdf] cites Orwell and Voltaire as authorities, attacks the usual strawmen like "inaccuracies" in Al Gore's slide show, and rehashes long discredited denier talking points as if they were fresh insights. Nothing new here. Increasing atmospheric concentrations of greenhouse gases (GHG) and especially carbon dioxide (CO2) alarm respected researchers because they believe, based on their broad, inclusive and peer-reviewed scientific assessment, that the resulting temperature increases will produce tipping point events that will be very damaging to humankind and will not be easily mitigated or reversed for many generations.

There is a broad scientific consensus on climate change. However, there will always be sceptics for whom no amount of scientific vetting will ever be enough. For these people, climate change remains and will forever remain an "unproven theory", a "hypothesis", etc. One wonders if they understand the scientific method, the way in which scientists create systems for understanding natural phenomena based on observation, hypothesis and experimental verification. If they applied the same level of scepticism to other areas of science they would be equally unconvinced by such "theories" as gravity, the roundness of the earth, or evolution. (Well, that last one is also a favorite of the "unproven!" crowd.)

Beyond the unscientific sceptics, for whom there is never enough evidence, there are also the anecdotal sceptics, for whom irrelevant data has exalted meaning. However, my favorite are the fantasy sceptics, for whom fictional data, whether derived from literature, cranks, or sheer conjecture of their own febrile imaginations ("what if!") has enough import to doubt anything. Some of these people even get to rave to Congress as "experts". Imagine.


Our mission is to improve the use of science in making public policy about important issues for which science and technology are major considerations.

They go on in a very high-minded fashion about the importance of unbiased, impartial, accurate scientific fact to guide and inform policy decisions:


Where science is misused and distorted to promote special interests, GMI works to improve the situation:
The Institute's accurate and impartial analyses are designed to help policy makers distinguish between opinion and scientific fact so that decisions on public policy issues can be based on solid, factual information, rather than opinion or unproven hypotheses.

Says the George C Marshall Foundation of the former General, Cabinet Secretary and Nobel Laureate for which it is named:


His principles of honesty and truth gained the trust of millions of Americans and the respect of world leaders throughout his years of service.

Truthfully, one wonders what George C Marshall the man would make of his namesake Institute's current Chair and his bizarre claims. Honestly. Update: Just to clarify, the George C Marshall Foundation seeks to "promote the values and beliefs that encompass George Marshall's legacy for the benefit of future generations". The George C Marshall Institute is not affiliated with the Foundation and claims to "conduct technical assessments of scientific issues with an impact on public policy." (h/t the future is green)
Posted by Unknown at 11:27 PM