The Art of the Raw Deal 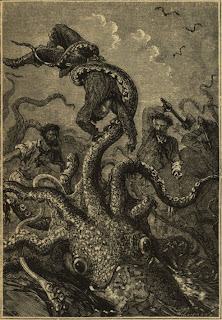 ~ Imagine I had some really hot investment opportunity* for you.

Imagine further that I talked at great length about how exciting it was, its high quality, its impressive fundamentals. I might tell you about all its wonderful aspects, attributes, and upsides. I might even suggest it was an unusual chance to make a lot of money. I might imply it was as close to a sure thing as you could find, and you should back up the truck to really load up on this rare chance for a big score.

In short, what if I knowingly and deliberately lied to you about an investment, you bought it, the thing cratered, and you lost most or all of your money?

Well, that would pretty much fit the definition of fraud. You could probably bring civil suit successfully. You might even cause the commencement of a criminal action. I could (and probably should, had I done this) go to jail.

Unless of course I were working at Goldman Sachs.


In a case that exemplifies the degree to which Wall Street's largest financial firms have been shielded from meaningful prosecution for their role in the financial crisis of 2008, the Justice Department late on Thursday announced that no charges would be brought against Goldman Sachs for its role in fueling the sub-prime mortgage debacle.

The Security and Exchange Commission (SEC) also concluded its investigation to the firm without bringing charges.

Goldman Sachs—which Rolling Stone's Matt Taibbi once famously described as "a giant vampire squid wrapped around the face of humanity"—will not face prosecution for selling bundled "mortgage-backed securities" to clients while simultaneously describing them as "crap" in internal communications.

And they just didn't merely describe them as crap, they also knew full well that they were crap.

Apparently, lying to people to get them to "invest" in worthless crap is not a crime if you are on Wall Street. But you can bet that, as an entrepreneur, if I did not disclose material facts about a private stock placement I was offering, I would be in very deep yogurt.

The worst part? The crooks on Wall Street are seemingly going to, one and all, get away with ripping off investors, pension funds, IRA holders and all of us as taxpayers even as they reap their fat bonuses. They will also be emboldened to do it again. And again. There is no meaningful consequence (to them.)

The final indignity? They have made it much harder for honest entrepreneurs like me and many others I know to raise money to build their businesses. Their stench has tainted us all. As they manipulate and connive, besmirching far beyond their dishonest cabal, those of us who are the real job creators this febrile economy so desperately needs toil to overcome the fallout of their unprincipled greed.