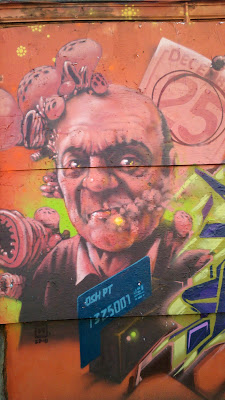 Last week's photo is taken from the west steps of the Washington Mutual, or WAMU Tower looking at the plaza bordering Second Avenue. 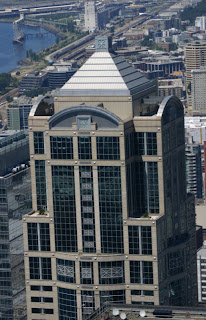 The gleaming silvery cylinders are part of an art installation named "New Archetypes" by prolific French artists Anne and Patrick Poirier who have a decades-long interest in the combination of art and archaeology. 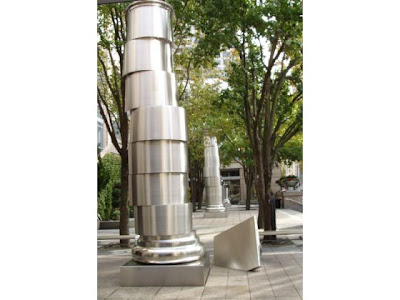 The installation features four columns, two standing, and two fallen, as well as a metal arrow pointed into a pool (which some have, in a software-centric Seattle way described as a "cursor." Good grief.)
Posted by Unknown at 6:33 PM