Seattle residents can claim the least miserable economy in the nation, according to one straightforward measure: the misery index, which combines inflation with unemployment.

The misery index in the Seattle area currently stands as the lowest in the nation, according to data compiled by the Bloomberg news organization.

Year-over-year inflation in Seattle is pegged at a negative 0.5 percent. The unemployment rate of 6 percent gives Seattle a misery index of just 5.5 percent.

The misery index is a great political sound bite, but not a very useful economic indicator. If you're unemployed the inflation figure is not one of your top worries, while if you do have a good job you probably don't worry too much about the unemployment number. 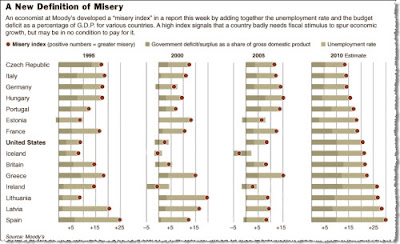