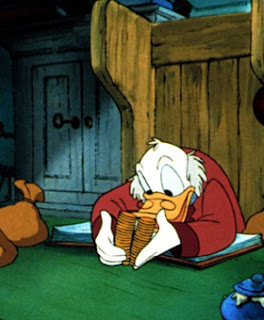 This makes no sense.


If all the commercial buildings in the U.S. that exist as of 2010 were retrofitted to be more energy efficient, the country as a whole would save over $41.1 billion a year in energy bills.


To energy retrofit all 79 billion square feet of commercial real estate that Pike Research estimates exists in the U.S. as of 2010, property owners would collectively spend about $22.5 billion a year in upgrades over the next 10 years.

Investments in energy retrofits would pay off in less than one year. So every commercial building owner is doing these as fast as they can, right? Sadly, no.

The American Recovery and Reinvestment Act (ARRA, the "Stimulus Bill") allocated a mere $4.5B for energy retrofits in federal buildings. But the money isn't reaching businesses that would use it for efficiency efforts, and which would create jobs in the process.

Meanwhile the banksters have no money to lend for this. If they won't lend for something this low risk and with this fast a ROI, for what what will they lend money? The returns are guaranteed, and still they won't lend. They're not lending for much of anything.


New loans guaranteed by the federal Small Business Administration fell off a cliff in June, dropping 66 percent to their lowest level in at least two years, according to agency data. The value of new loans in June -- $647 million -- is less than the total in February 2009, the month before the Obama administration's stimulus plan eliminated some fees on the taxpayer-backed loans and increased the federal guarantee on some of them to 90 percent, an incentive which has since expired. June's total loan figure was also less than half the total lent in September 2008, the flashpoint of the financial crisis.