What Shall We Teach Our Children? 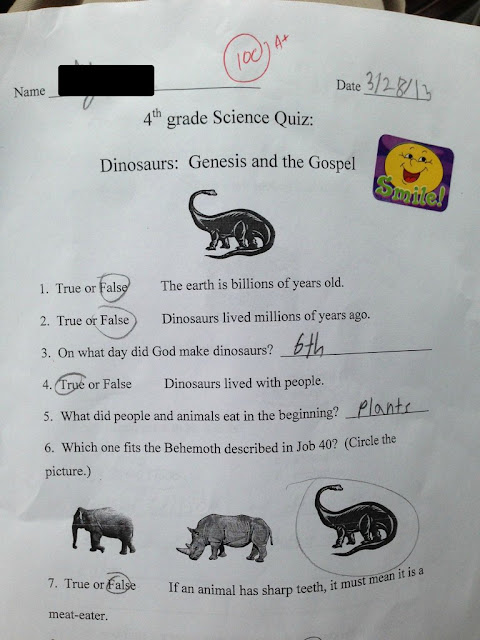 ~ Hardly a week goes by without someone decrying the atrophy of STEM (Science, Technology, Engineering, Math) instruction in the US, yet we do nothing about the teaching of ignorance in schools throughout the country. We desperately need to have more scientifically capable graduates for our global competitiveness as a nation, but we condone indoctrination in dogma instead.

When I first saw the above photo on the Internet, I assumed it was a fabrication in service of making a political point. However, it turns out likely to be as it appears—proof that adults in a position of influence could be, and shamelessly are, corrupting young minds with dogmatic pap, condemning a generation of students to being also-rans in the knowledge and reason-based economy of the future.

Ignorance is not equivalent to knowledge, and nowhere and to no one will that be more apparent than in the global marketplace for talent awaiting the graduate whose mind has been filled not with knowledge but belief.
Muddying the crystal principles of scientific inquiry to ensure students unquestioningly regurgitate what they are told has effects far beyond the narrow subject matter at hand. We cannot and must not choose ignorance.