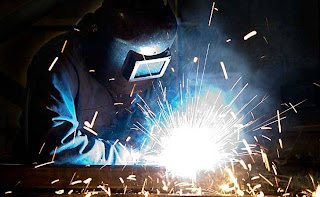 ~ The number of people starting businesses or styling themselves as entrepreneurs rises in difficult economic times. When the economy improves, as it is perhaps now doing here in the US, such "entrepreneurs" bail out, rejoining the mass of (temporarily) comfortable wage slaves according to the Kauffman Foundation. Some fret that a decline in new entrepreneurial business is worrisome, even though the economy overall is improving, but this misses the more fundamental point; our future economic health is not tied to the growth of entrepreneurial startups, but to the growth of entrepreneurs.

What about the legions of "fairweather" entrepreneurs eager to return to the vanishing and fundamentally ephemeral security of the big company sinecure?


You were part of a trend like jean jackets and spandex, and so long as it was cool you were on board...

The question remains to be seen, is the explosion of innovation we’ve seen in the Internet 2.0 era evidence of a new Renaissance? Or was it just the result of a bunch of people who’d rather be working for someone else with nothing better to do, forced to think outside the box for a year-or-two as a matter of survival?

It's a reasonable question, but the deeper question should be directed to those involved: what were you thinking? Did you fake it as a wanna-preneur for all the (legitimate) inadequacies of the regular job search process? If you did, you're a fool destined for a miserable corporate existence and a probable second (and third and fourth...) stint, not as an entrepreneur (which you never were) but as someone simply struggling to go it alone? Or did you think out of the box, and now will continue to do so, regardless of where or for whom you work?

Being a wanna-preneur rather than making the effort to embrace and inculcate true entrepreneurial skills, will at length leave you with a fatal skills deficit. It's a matter of survival all right, but it's long-term, not temporal. Be an entrepreneur, not just in name but in essence, and not just for your employer but for yourself.

The future of work demands that you think and act as an entrepreneur, irrespective of whether you work for yourself or for someone else. Anything less makes you uncompetitive in the job market of today, and even more so of tomorrow. Being a mere employee without an entrepreneurial mindset will make you a dinosaur in the workplace, and soon.

It's not about the companies; it's about the people.


The sort of start-ups that an economy wants... are the kind with ramp-up potential. With multinational corporations mostly expanding their hiring abroad, the burden falls to fast-growing start-ups in competitive sectors to support local job creation. In the data, an out-of-work dad who starts a one-man-operation to sell his welding skills might look as entrepreneurial as two in-demand software engineers with huge potential to scale their smartphone app. We want less of the first, more of the second.

Um, no. We need more of both, but only because the startup experience trains everyone in it with the skills needed for the new future of work. Even if the welder goes back to work in a larger shop, if she has learned skills and insights as an entrepreneur, it will make her more effective in her position and make the overall business better. In turn, that will lead to a stronger business, with perhaps more customers and more revenue. It will lead to a stronger economy.

Faking it as an entrepreneur until you can resume a soulless existence as a corporate cog is not the future of work. We must all be entrepreneurs, and you cannot give it up and expect to stay competitive, much less to thrive.
Posted by Unknown at 11:06 PM