Who Needs a Business Plan? 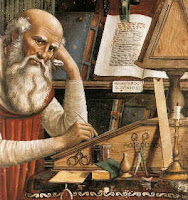 It's certainly true that there's much less demand by investors for full-fledged business plans now than when I was starting my life as an entrepreneur 15 years ago. I'm just finishing up raising a seed capital round now, and of the roughly one dozen investors already in, not a single one has asked for the business plan. Why? None have told me, and I didn't ask, but it's not hard to guess—the only thing possibly more tedious than writing a business plan is reading one.

Feld points out, correctly, that business plans usually bear little resemblance to the actual business, and the more time that passes the greater the divergence. The traditional business plan details a fantasy, not a business, and this is the biggest reason to abandon the writing (and reading) of them—the effort required in trying to corral the fantasy to the actual business is huge, and takes away far too much time from, you know, actually building the business itself.

As the old joke puts it: "Those who can, do. Those who can't, write."* Much better to set about the task of doing.

These days we are all to worship Lean and the various startup weekend/workshop/code-a-palooza events. Go MVP! Rapidly prototype! Show customers! This is all good, but, notwithstanding the genesis of Lean by Toyota to build cars, it is much harder to build a new startup outside of the software space this way. In software you can grab a coding buddy and ply her with ramen and Red Bull to bang out a demo in as little as a weekend. But you won't likely get far trying to build a turbine or a high-tech nursery or a chain of nail salons this way. Sure, demos and prototypes are good, and more essential than ever to convince skeptical investors, but sometimes, and for some businesses, you really do need to raise some capital first, and then build the prototype, rather than the other way around.

So what replaces the traditional business plan? An "executive" summary, a PowerPoint deck and (if you can) a demo/prototype. Some of the summaries I have seen (and written) can be only one or two pages, or sometimes as many as 8 or even 10. They're briefer, less repetitive and more accurate. Increasingly, I see these stuffed with more pictures and charts and diagrams and using less text. PowerPoint is even more visual and uses very little text.

Overall, the form of communicating the business parallels how most of us increasingly get our information—in smaller morsels, shorter on-line posts, and heavier use of pictures and videos. We've gone figuratively from reading the encyclopedia to flipping through a picture book. We prefer short stories to novels. And most of all we like to chat and to be entertained.

I like it. I hate writing those big bulky things and would much rather have an interactive experience with a prospective investor or partner—let's have a back-and-forth conversation and really explore it, rather than an over-the-transom batch form of episodic communication.

* And those who can't write write for the Bellevue Reporter.
Posted by Unknown at 11:12 PM