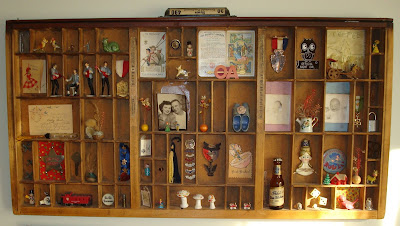 ~ What would happen if entrepreneurs only built companies that satisfied idle desires of the rich?

Nathan Mhyrvold decried this tendency during his keynote at SIFP, urging more focus on inventions that really make a difference.


It’s great you can kill aliens with Xbox at a faster rate than ever before, but ... there are people that do need their lives changed.

There's ample irony in one of the nation's leading patent trolls preaching more democratized innovation. As he cheers less well-heeled strategies, his company makes considerable income from squeezing scrappy startups on often-ostensible infringement of one of their arsenal of patents.

But he's also right. There's an app for that, no matter how silly.

Much technology innovation and many technology startups do nothing but make whiz-bangs for rich people. Customers of more worthy and impactful innovation may not have as much money (or any at all) to buy so the innovation withers, unrealized.

Why so much irrelevant innovation?


“Because you make a lot of money doing this,” [Mhyrvold] explained. “The tech industry – which I love, I’m a part of and am totally guilty of this – is about making tools and toys for rich people.”

This is why I've found software so boring for so many years—no matter the engineering virtuosity, in the broader picture the results are unimportant and the apps destined for irrelevance. Too much of our startup ecosystem is fixated on the fickleness of consumers with excess disposable income and a passion for trophy technology.

One of the first lessons I learned as an entrepreneur was to provide pain-killers not vitamins—give people what they must have, not what they might like to have. So it's strange that as a startup community we give so many startups a pass on that precept. Perhaps that's partly why Seattle may be slipping from the top ranks of startup hubs? (Also here.)

We need more diversity in our startup ecosystem. Let's nurture not just the fast-growing but short-lived soft plants, but also the long-lived and sturdy trees. We've got the leaders and feeders, we just need the broader vision.
Posted by Unknown at 11:35 PM