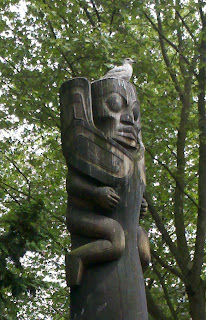 Last week's picture shows one of numerous medallions on the street-level exterior of the Second and Seneca building at 1191 2nd Avenue, more widely known as the Ban Roll-on Building: 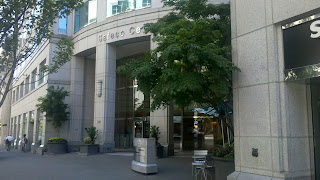 
For much of the 20th century, this site was occupied by the Medical Arts Building, a six-story brick and concrete building, constructed in 1903. This original building was named the Lumber Exchange. In a 1950 renovation by its long-time owners, the Albert S. Kelly family, the building entry was enriched with 15 bronze relief sculptures. Those hand-crafted sculptures, based on Northwest motifs, were created by the renowned Northwest artist Everett G. Dupen. The original reliefs were preserved from the Medical Arts Building and have been joined by additional castings here in a tribute to the history of this block and downtown Seattle.

Several, but by no means all of the medallions, starting with the one shown last week: 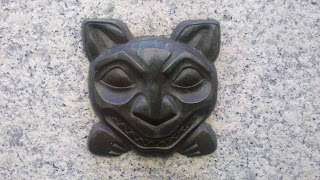 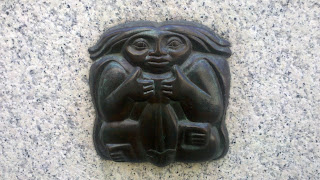 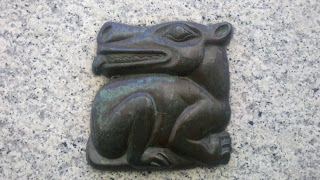 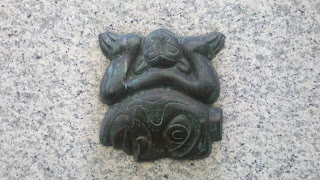