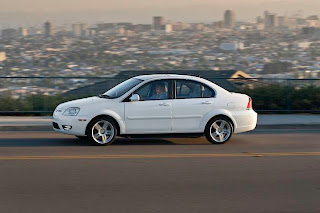 ~ Building a car company isn't easy. Building one from scratch is harder still. And building one using new, bleeding edge drive train technology is perhaps hardest of all.

It can be done, as Tesla shows.

Yet it is more likely to fail, perhaps spectacularly—DeLorean, Fisker, and the latest, Coda Automotive. Never heard of Coda? Launched in 2009, it aimed to produce a plug-in electric sedan for under $40,000. Last month it filed for Chapter 11 bankruptcy.

Why did Coda fail when Tesla, with a pricier offering, has succeeded wildly?


It didn't help that Fortune magazine described the Coda as being "like a Chinese version of a 1990s Ford Escort", while the Tesla won unprecedented raves.

The biggest difference between the two car companies is simple—leadership. Tesla is led by Elon Musk, a world-class serial entrepreneur with a string of huge startup successes in diverse industries. Coda? Led by so-called Masters of the Universe, with

Klaus Tschira, the SAP founder is the only remotely entrepreneurial name on that list. Impressive as his story might be, making software is much easier than making physical stuff, and he is but one in a room full of finance people.

In many ways, the outcome shouldn't much surprise. Entrepreneurs are expert at building companies, finance people not so much, however necessary they might be to the supporting cast. And Masters of the Universe? They should probably stick to what they know best, living the high life as rentiers. Building nimble, scrappy startups is not one of those things. It's a big universe out there, and they have not the broad mastery they would like us to think.
Posted by Unknown at 11:13 PM